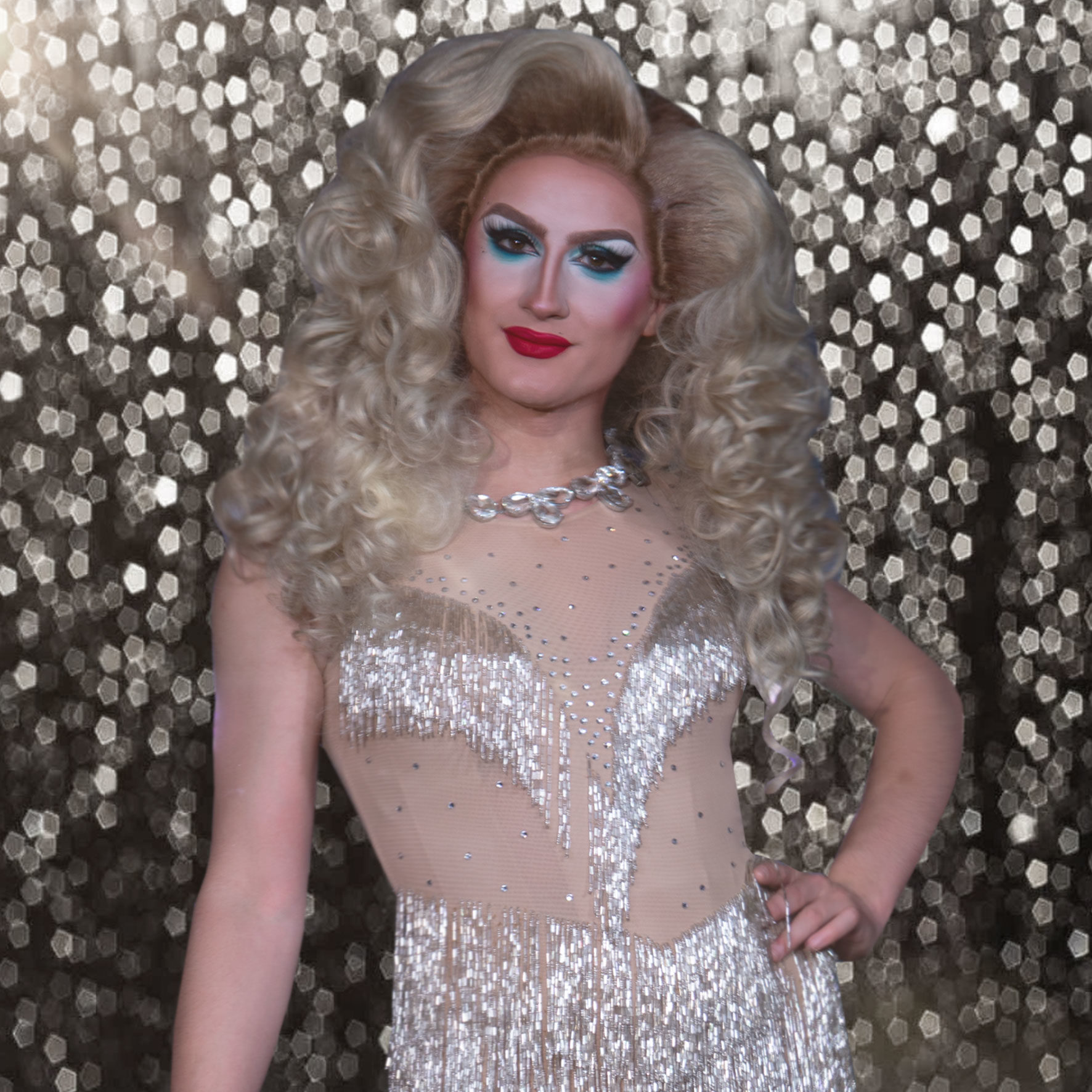 Coco is the youngest members of the Viaduct Showgirls, but don’t let her age deceive you! A graduate from northern School of Contemporary Dance with a 1st class degree and recognised as creative choreographer. Having started her time at the Viaduct four years ago, she began on the bar and was quickly given the opportunity to join the show as a male dancer. Her inner diva shone through and that is when Coco Va Dosé was born, being the newest member of the Showgirls, she quickly developed her drag into the polished star you see today.

Last year Coco found the time to do a season in Gran Canaria, winning the hearts of audiences from around the world. She is a charismatic and mischievous entertainer that enamours all audiences to get up to no good with her. 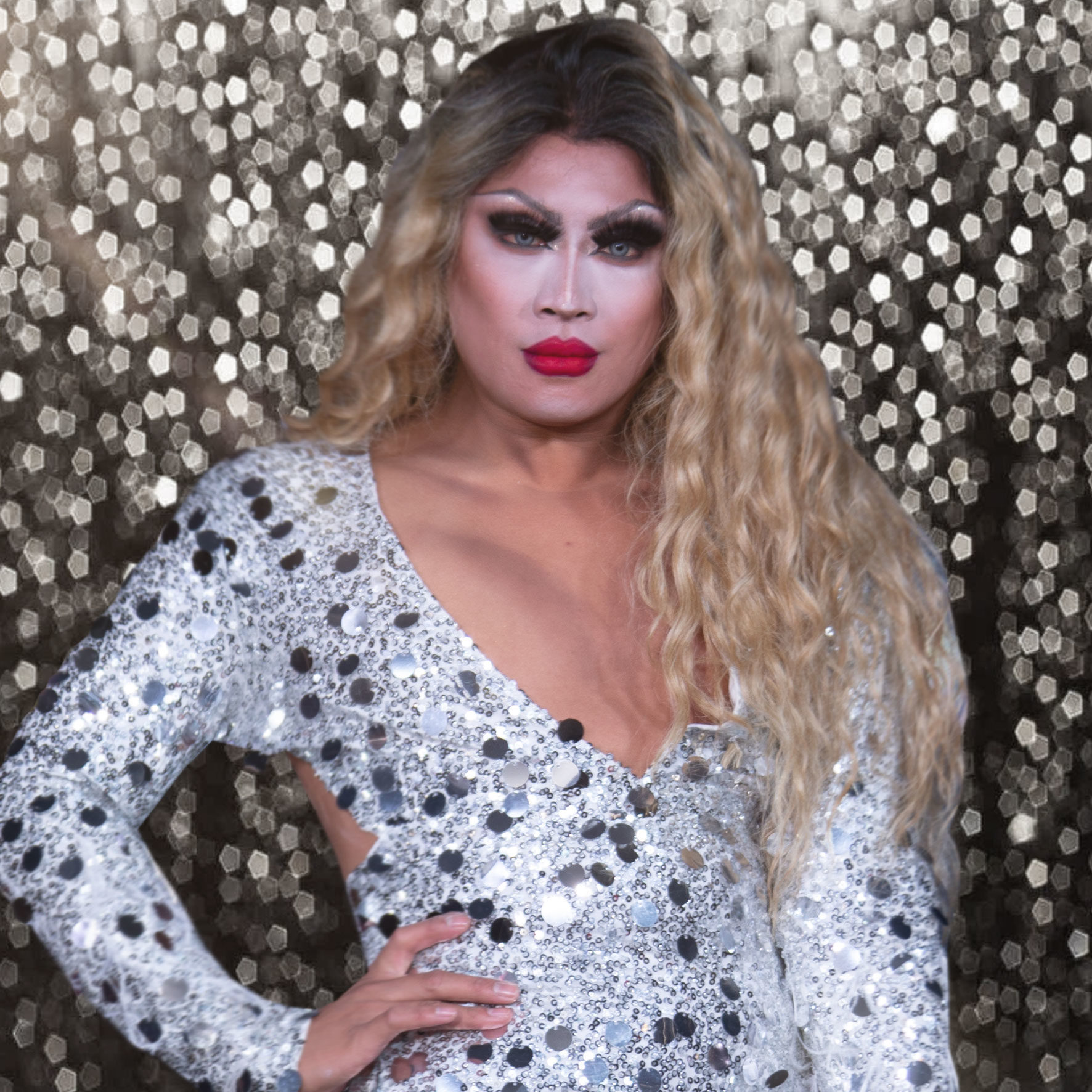 Saki is originally from Melbourne Australia where she trained as a professional dancer. She’s not only worked all around the world on cruise ships, but she’s also toured with the Hit Musical The Lion King! She has since moved to Manchester where she first picked up her heels and graced the iconic stage of The Birdcage, she’s also performed at The New Union and been a runway star at Kiki Manchester.

Saki Yew is now one of the dancing showgirls here at the Viaduct Showbar and she is thrilled to be entertaining you every weekend! 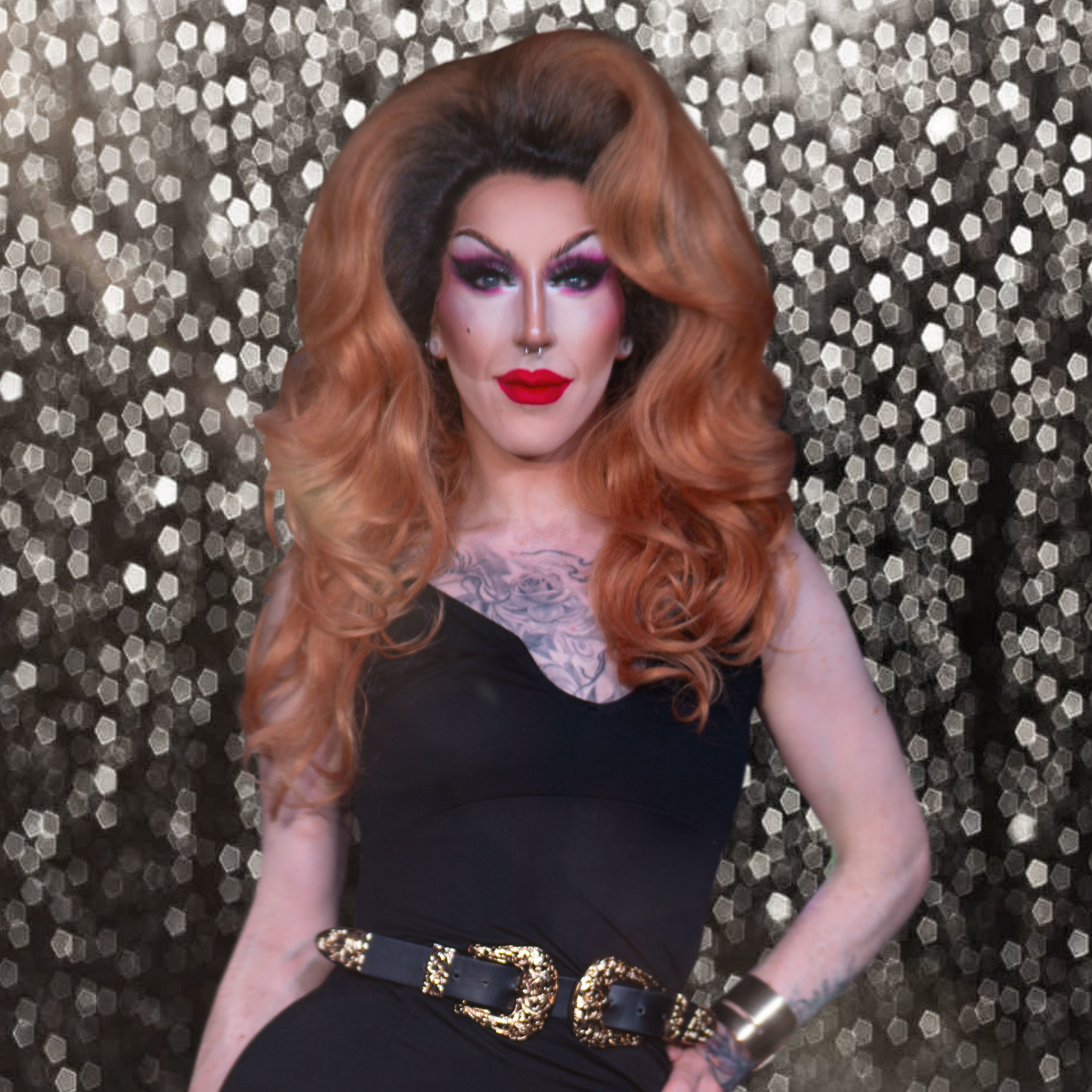 Having started drag in 2015, Gisele was born in the legendary venue Tunnel, formally known as Mission 2, where she shocked audiences with her creative and quirky looks, the likes of which had never been seen in Leeds before! Gisele is also an award winner! She’s won “Drag Queen of the Scene” at the 2017 Leeds OWLIE Awards, no doubt for her amazing talents but also for being widely acknowledged as the nicest queen around. Did we mention she’s also the runner up in the 2016 NYX Cosmetics UK Face Awards?

You might not have just caught Gisele in Leeds, she’s also worked in Manchester venues Kiki, Void, The New Union and Cruz, with London venues including the theatre of varieties The Box. No stranger to Ibiza, Gisele lived there in 2017 where she worked for Glitterbox, La Troya and Pikes Ibiza. Not just a fabulous performer, she’s also a skilled artist, recently having worked on a sculpture in the Millennium Gallery, Sheffield. She’s featured in Attitude magazine, been on E4, worked as a celebrity makeup artist and is a Visual Artist for Give Face Cosmetics. Giselle is excited to see what challenges being part of the Viaduct Showgirls come her way! 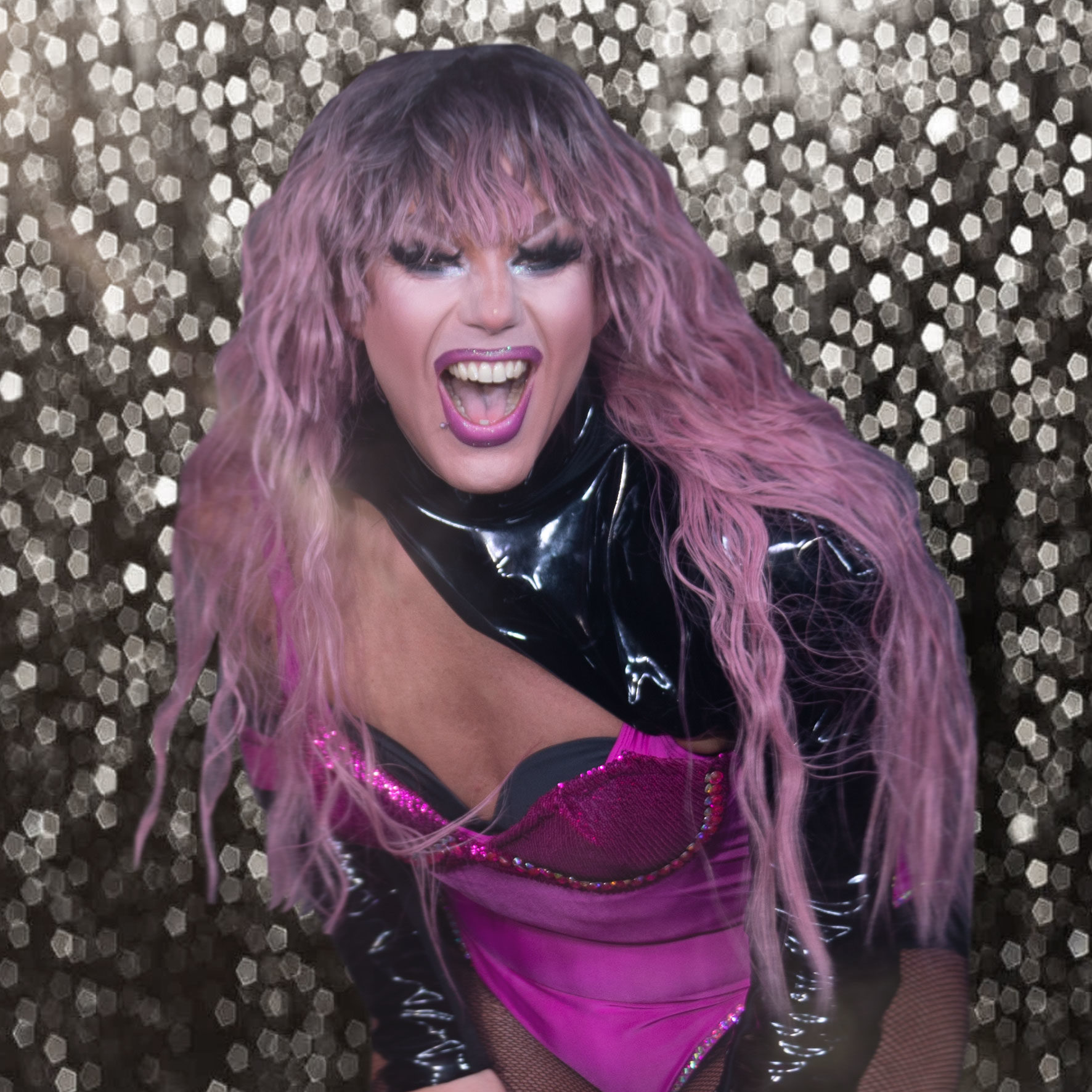 Cherry is a one of a kind drag queen, based in Manchester, she has strutted her stuff up and down the famous Canal Street but also toured UK venues both as a solo artist and part of a group. Having always known she was born to perform, she instantly gravitated towards Musical Theatre from an early age. Training at multiple arts institutions she was able to perform on UK tours including Grease and We Will Rock You. Learning from these she went on to do more independent live shows and was introduced to drag by getting a job at the Birdcage in Manchester!

As part of Holy T Europe, she has performed alongside legendary Ru Girls in their 2017/18/19 Halloween tours. Not only a star of the stage she has also appeared on TV channels the BBC, Channel 4 and E4. It’s coming up to Cherry’s 10 th year in drag and she owes it all to her Sister RuPaul’s Drag Race UK alumni Divina De Campo who first introduced her to drag! It’s an obsession she can’t wait to further explore down at the Viaduct Showbar. 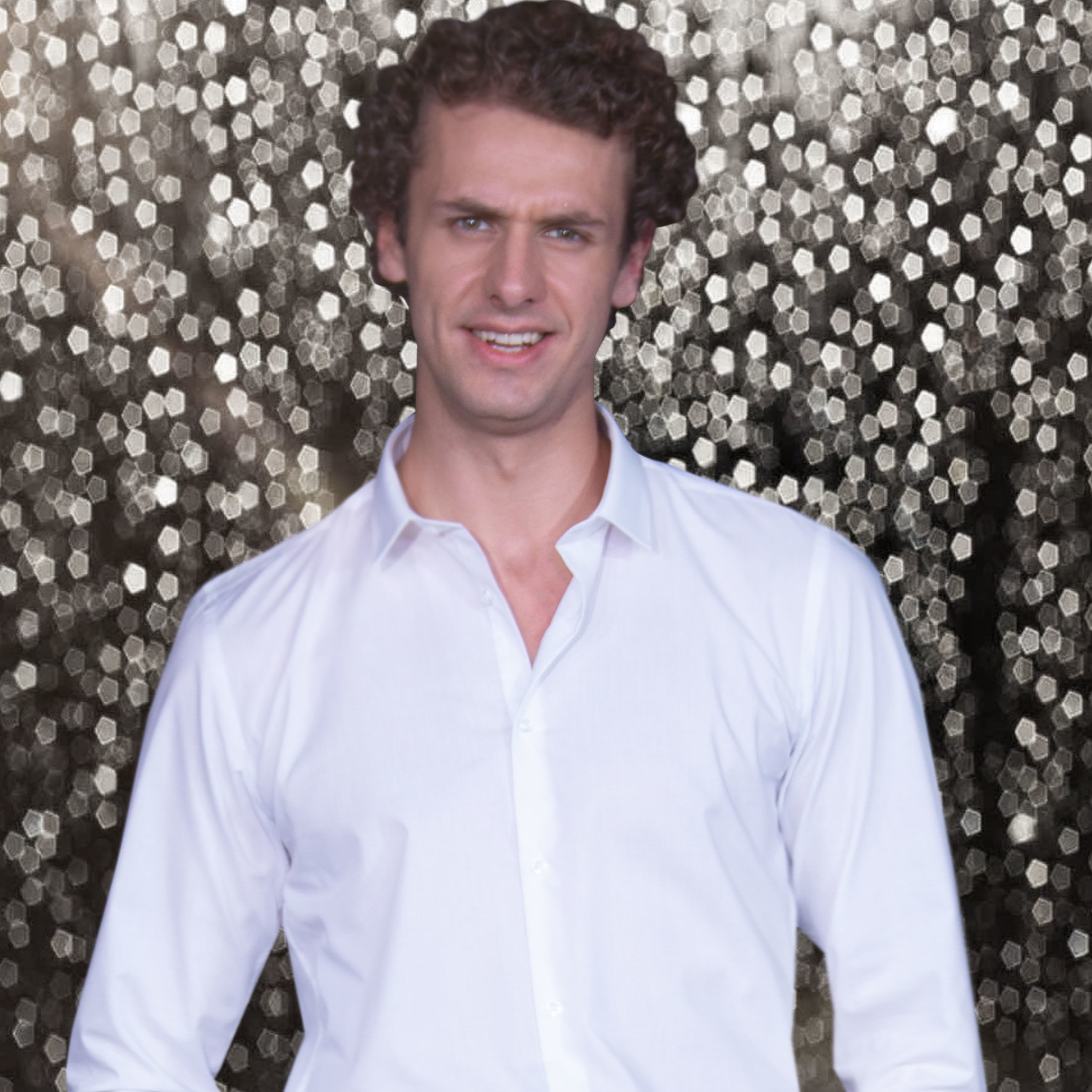 Harry has joined us straight from THE Moulin Rouge in Paris. Born and bred in Leeds, he’s no stranger to the stage, with other credits including Legally Blonde the Musical and Funny Girls in Blackpool, he’s one talented dancer that we’re delighted to have as part of the Viaduct Showgirls. 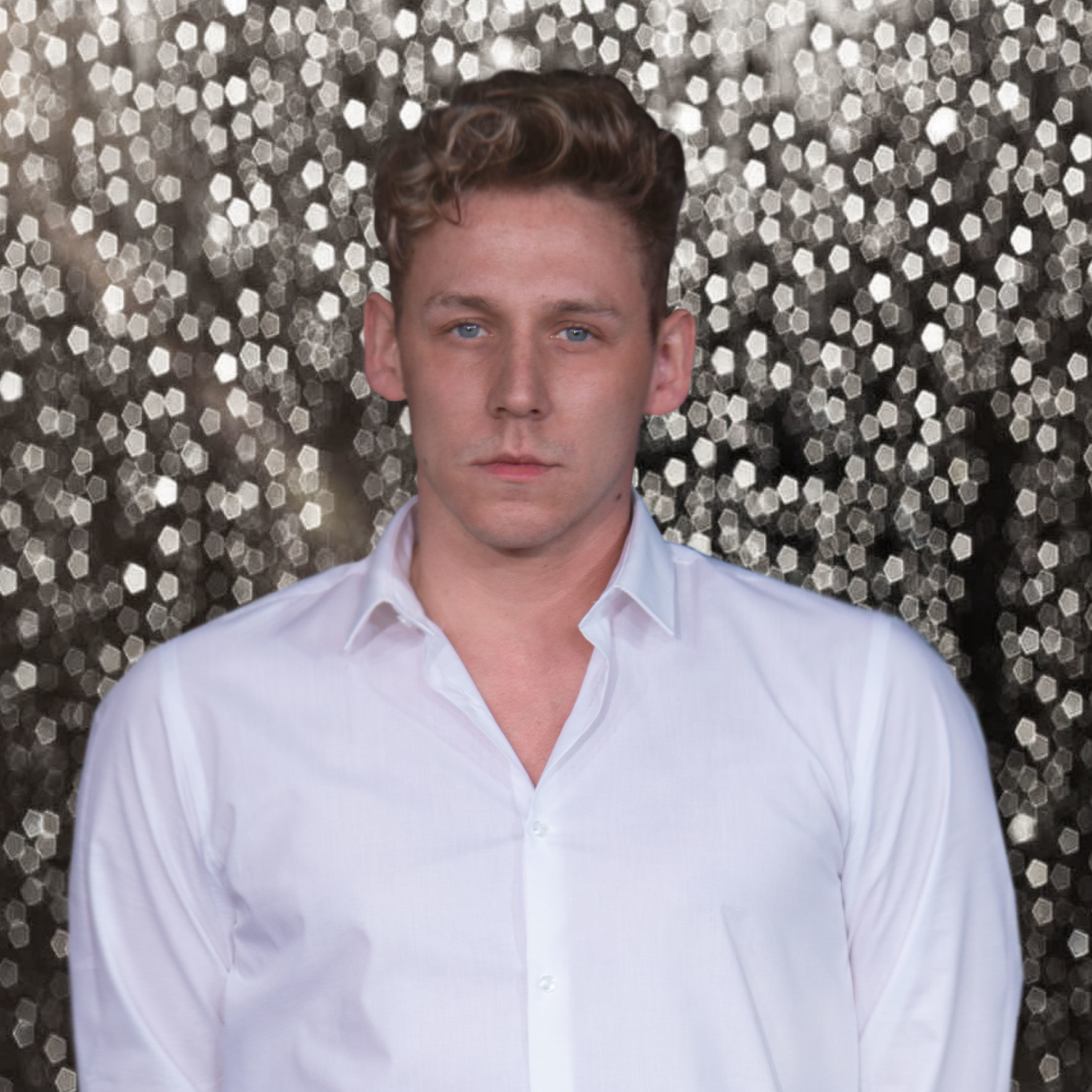 From The West End to TV screens to the Showbar! Ash trained in Hollywood and has been

seen in movies alongside Michelle Pfifer and Tim Curry, you may have even seen him strutting the streets of Hollyoaks! No stranger to the stages of the West End, he’s been in Hit Musicals such as Mamma Mia, Billy Elliot and Dreamgirls! You can also catch his Cadillac Car solo on the Original Cast Recording!

Ash is so excited to be part of the brand new show and spin the Viaduct Showgirls into a full out Showbiz frenzy! 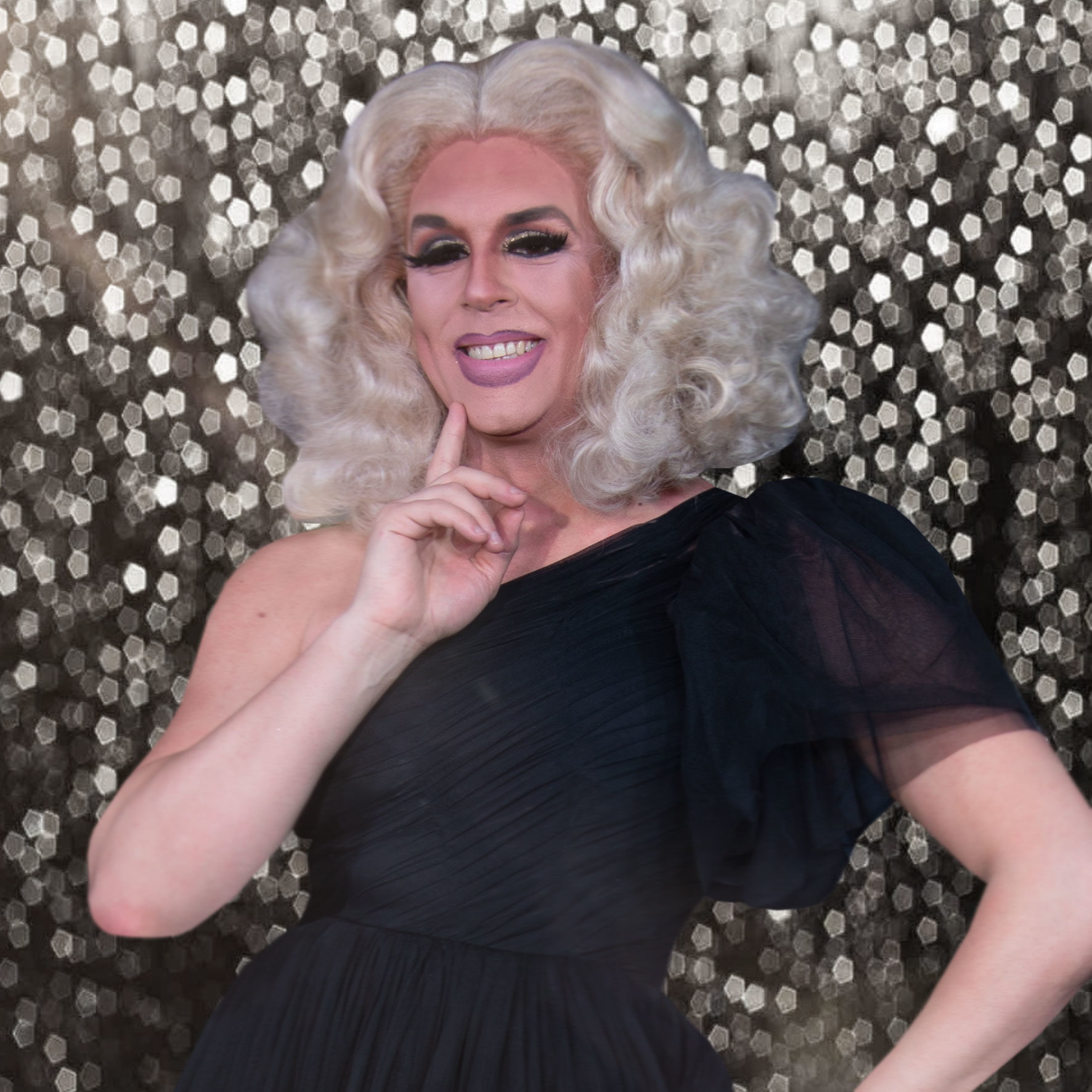 As the longest-serving member of the Viaduct Showgirls, Drag Royalty Precious McMichael’s began her career over twenty years ago when she was spotted by the Legendary Miss Orry and was inducted into the very exclusive “Miss Orry School of Showgirls” at The Birdcage Leeds. During her time at the Birdcage, Precious was one of the Queens featured in the ITV1 documentary, “The Drag Queens” which following their daily lives as they prepared for the opening of their sister club The Birdcage Manchester.

After a short retirement, Precious was once again drawn back to the stage and made her big debut at the Viaduct Showbar in 2012, working alongside Anja Bach and the one and only Miss Blanche, wowing the Leeds LGBTQ scene every weekend and even performing across the globe in Gran Canaria and Thailand! More recently Precious has become our very own Mother Ru, hosting the Viaduct Showgirl’s spectacular show each and every weekend keeping the audience entertained with her shar wit, music and gowns. 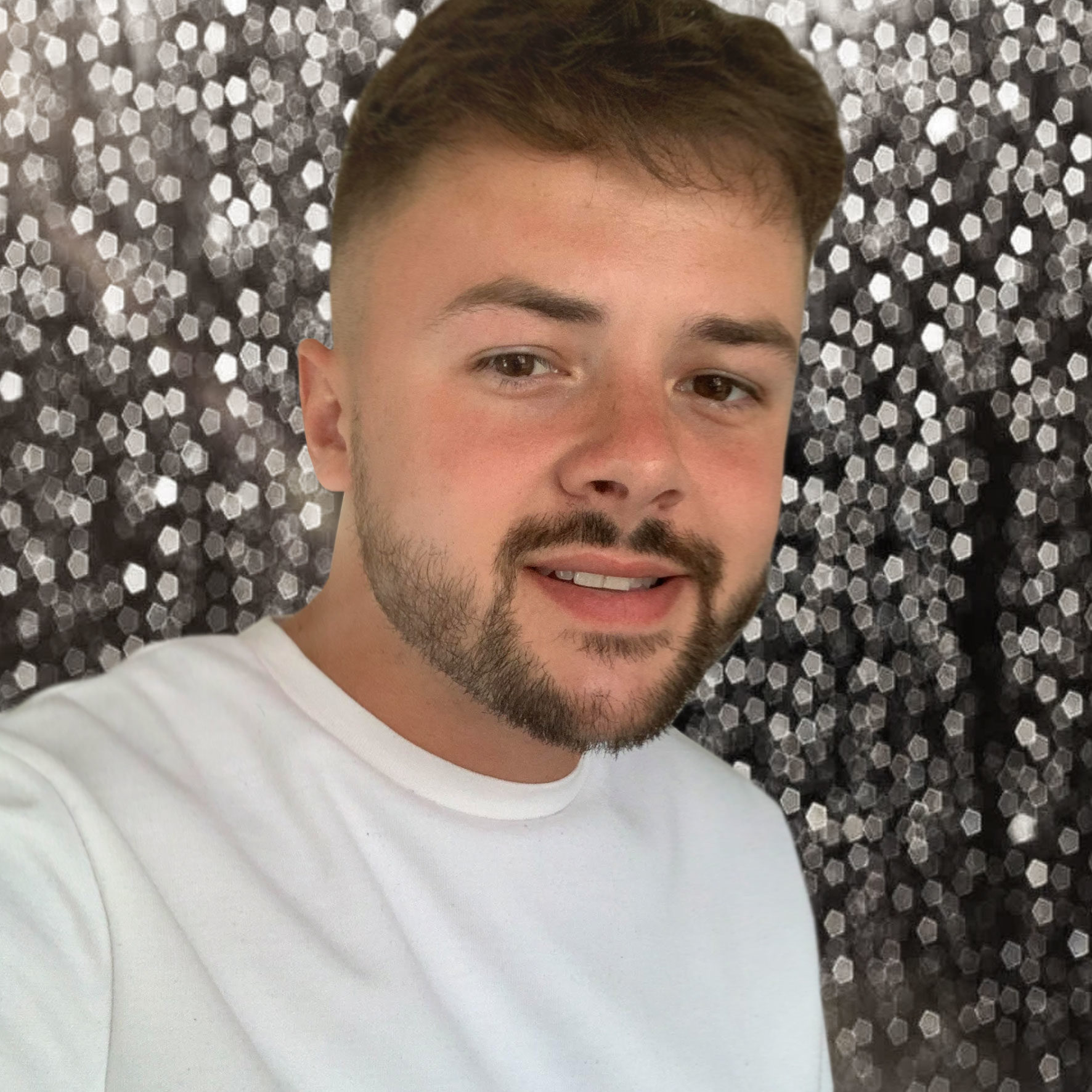 Luke delivers the sassiest mixes with his residency at Viaduct Showbar on Friday and Saturday nights. Unfortunately as he’s so brilliant at getting the club bouncing, due to current government COVID guidelines it’s not possible to have Luke DJ at the moment. Both Luke and the Viaduct are so excited for his return for when the party can well and truly commence! 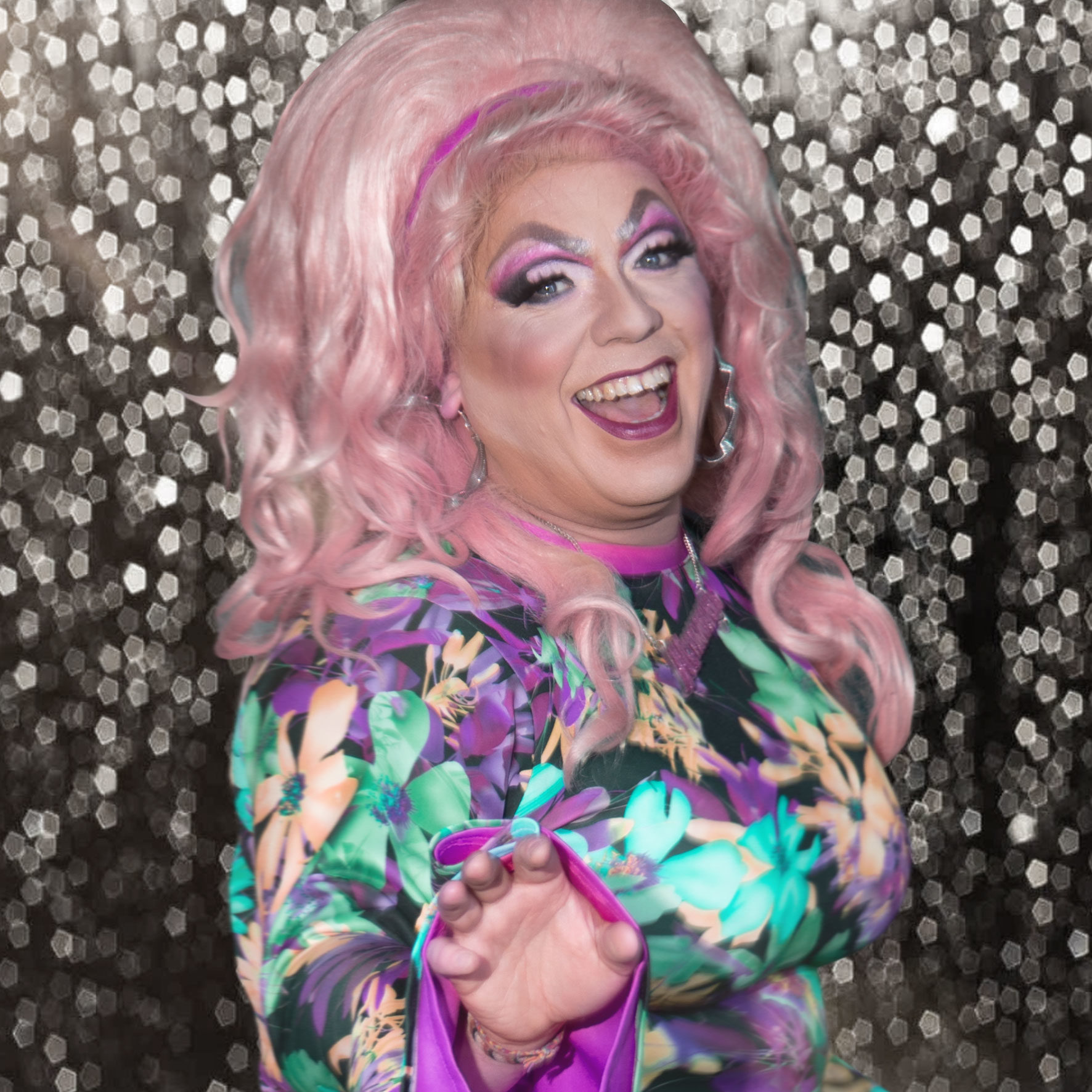 She’s Phat, Fabulous and a whole lot of Glamourass! Mamma has been a strong and vibrant DJ/Host in the Viaduct Showbar for 9 years now, she’s the fan favourite, full of personality and a huge part of our entertainment team!

You can catch her down at the Viaduct every Monday and Wednesday playing all those hot tunes to get you bumpin’ and grindin’. Don’t forget, she’s always partial to a Gin & Tonic. 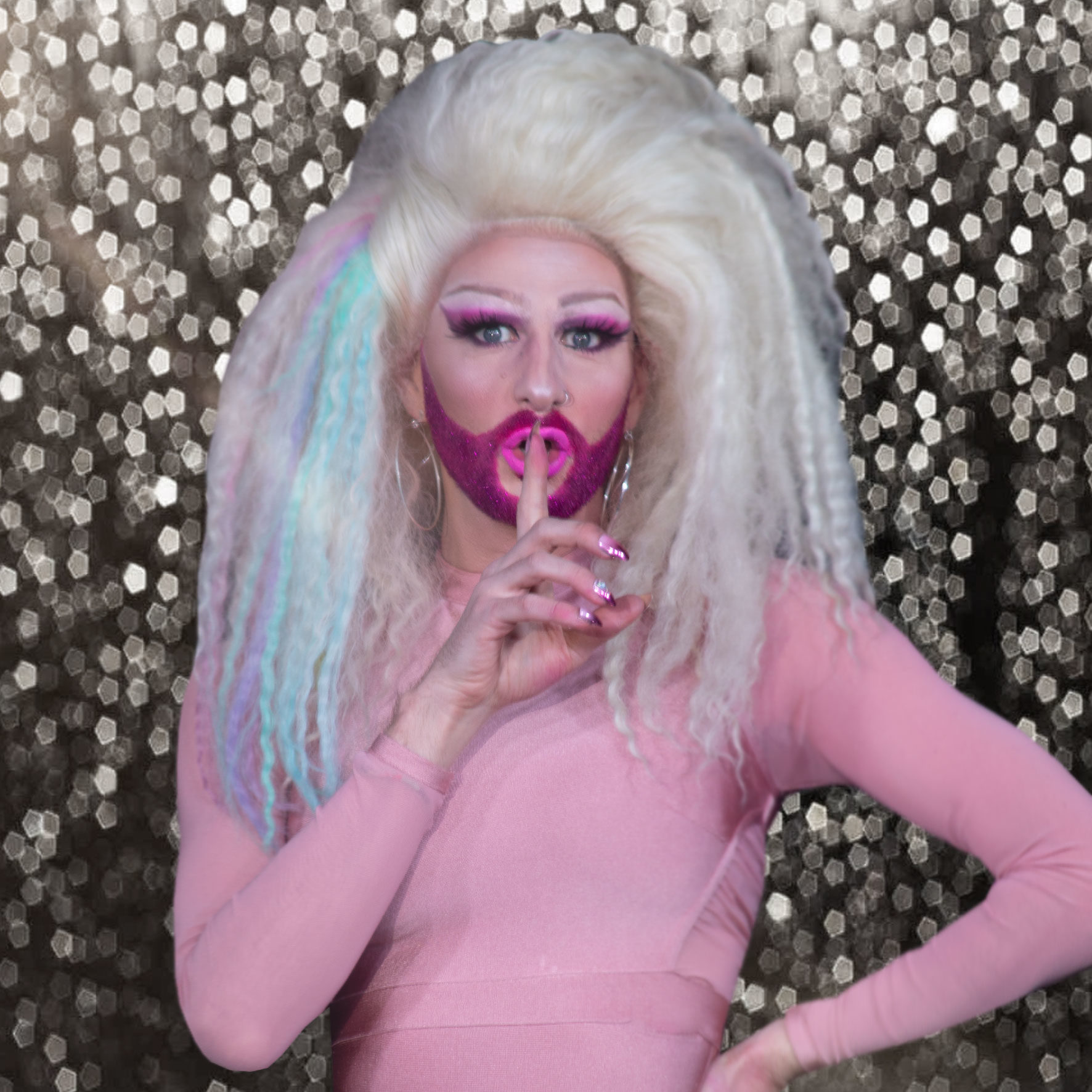 Jackie is the alter ego of iconic DJ Dave Cooper, she was born in the Viaduct at one of our legendary Courtyard Parties and she’s never left! Not only fabulous at spinning those decks and getting an entire club bouncing, Dave is also a well renowned radio DJ and works on Gaydio where he has worked with stars including The Blessed Madonna.

The newest DJ to join the Viaduct team he’s excited to see what he can bring to the table! 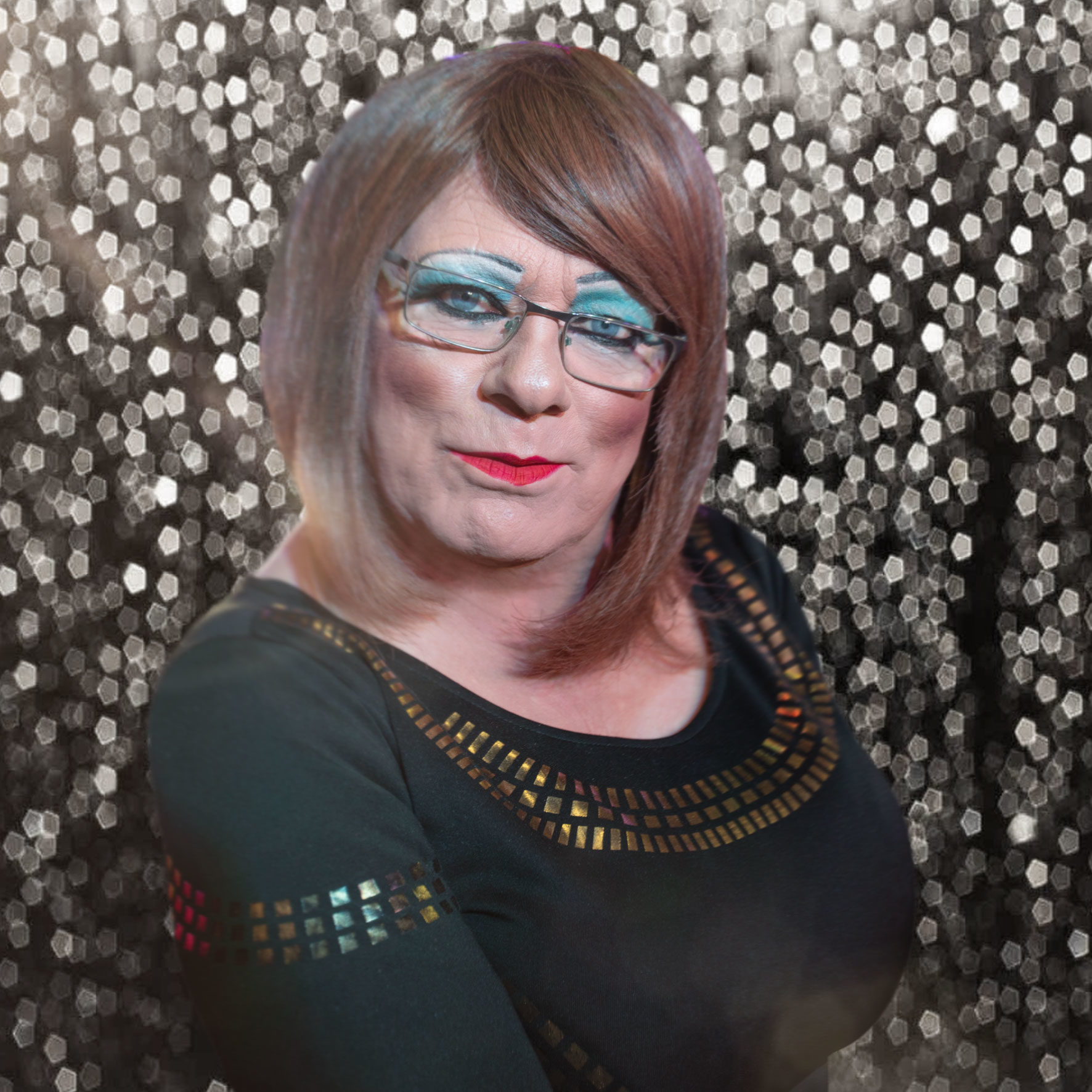 Our dear Susan started to DJ in 2008 and was given a Saturday afternoon slot at the Viaduct, she soon got her own little fan base and won an Owlie Award for Best DJ! Well known for her eclectic range of music and top-quality tracks, she’s more than happy to be a human juke box and keep the crowds gagging for more.

Now Susan hosts Sassy Susan’s Daytime Sesh each and every weekday from 2pm, giving customers the chance to win big cash prizes on the Bingo. She’s even adapted her classic Bingo to comply with COVID regulations and now you can find Maracca Bingo keeping her crowd entertained!